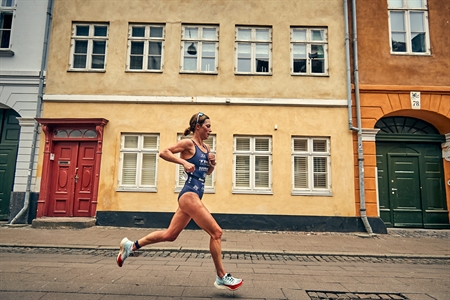 Bahrain Endurance 13 once again shone on the podium over the weekend with a gold and a silver in paratriathlon and half distance triathlon respectively.

Lauren Parker won the Oceania Triathlon Cup paratriathlon event in Port Douglas on Saturday to put the finishing touches on her training camp in Cairns, Australia. She will have one final race hitout on the Gold Coast next month before the official announcement of Australia’s Paralympic team for Tokyo.

Parker is focused on sharpening her race skills, saying, “It was important to practice the little things because we haven’t had much race practice over the last 12 months… Practicing transitions and getting good starts and practicing my turns and getting some good power out there on the bike – I loved it and it was actually better than expected.”

On Sunday, Holly Lawrence took the second step on the podium at the Ironman 70.3 European Championship in Elsinore, Denmark. The defending champion finished with a time of 4:05:17 behind fellow British athlete Lucy Charles-Barclay.

Backing up from winning Ironman 70.3 Des Moines and then flying long-haul from the USA to Europe was no easy feat. Lawrence said, “I always knew it was going to be ambitious to race back-to-back weekends on different continents. Fought hard for second today… Congrats for a great race, Lucy! Looking forward to getting back home to LA and getting back to work.”