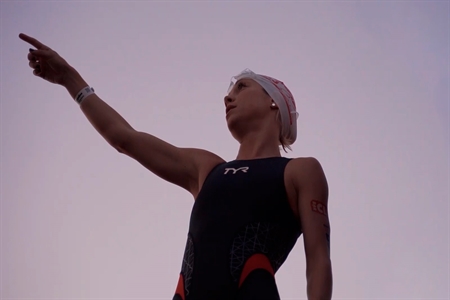 Holly Lawrence has roared back into form with a wire-to-wire win at the Ironman 70.3 Des Moines.

Overcoming the challenges of a delayed start and shortened bike course due to a thunderstorm early on Sunday morning, the British athlete led from the gun on the swim. She then charged ahead with an aggressive bike leg to gap the field by three minutes. This gave her breathing room on the half marathon, as her competitors ran out of road to bridge the gap. Lawrence brought the win home with a time of 2:53:46.