Lisbon and Tulsa the racing focus for BE13 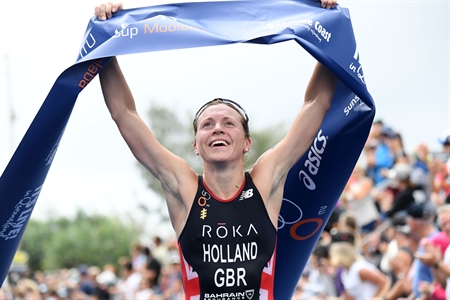 Bahrain Endurance 13 will see action in both short and long-course this weekend with races in Lisbon and Tulsa.

Fresh off his Yokohama win, World Champion Triathlon Series leader Kristian Blummenfelt (NOR) will see more World Triathlon action as he toes the starting line with Tyler Mislawchuk (CAN) at the World Cup event in Lisbon, Portugal. The athletes hope to use some good results from the race to state their case for the Norwegian and Canadian selectors respectively. Vicky Holland (GBR) also marks her return to international racing in Lisbon, after last year’s win at the Mooloolaba World Cup. Already selected for the British squad, she is deep in her preparation for Tokyo.

The weekend will not only feature individual racing, but also will host the final qualification event for the Olympic mixed relay. Last year during the mixed relay race in Hamburg, Blummenfelt helped bring Norway up to fourth place; in Lisbon he and his teammates will be gunning to get on the podium to secure a starting spot in the mixed relay’s Olympic debut. Should they achieve this, they will line up alongside the top-ranked French team which will include Vincent Luis and Cassandre Beaugrand (both confirmed by French selectors on Wednesday) and the British team.