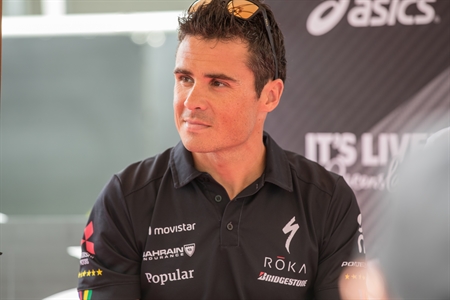 Javier Gomez announced his intention to race the Ironman World Championship at the beginning of 2018 and triathlon fans went justifiably crazy. Gomez, still in his prime, is bound to bring class, speed and competition to Iron-distance racing. ITU racing must be saddened to have lost a legend but Gomez’s move has been anticipated for some time given his achievement in half-distance non-drafting races and the natural evolution of maturing triathletes into new challenges and different media outlets.

Gomez’s appearance is bound to cause a storm on the Big Island in the days leading up to Kona. And it should - no other athlete has achieved the longevity and consistency that Javi has in triathlon.

Before the media frenzy and wild predictions of race week begin, here are some relevant facts concerning the Ironman World Championship and Javier Gomez.

Gomez had raced fairly sparsely and quietly for much of 2018, winning half-distance races easily but scheduling no real showdowns with the top contenders for the title. That all changed at the Ironman 70.3 World Championships in Port Elizabeth. Gomez finished third behind a completely dominant Jan Frodeno and a faster finishing Alistair Brownlee. Gomez, champion that he is, was melancholic about the result and may have wondered what may have been if stomach issues had not set in at the 15km mark. Tackling that problem will be even more difficult in Kona at Ironman distance and in the heat. Gomez will be focused on doing just that.

The Ironman World Championship in Kona is unique in its challenges. It takes preparation, pedigree and also practice. Gomez’s ‘rookie’ status means he ‘probably shouldn’t’ win rather than he should. But legends are deemed so because they are capable of the extraordinary. Gomez has already written his own triathlon history, and a win in Kona would add another riveting chapter to the Spaniard’s career. He is thoroughly capable of surprising everyone (and no-one) come race day.