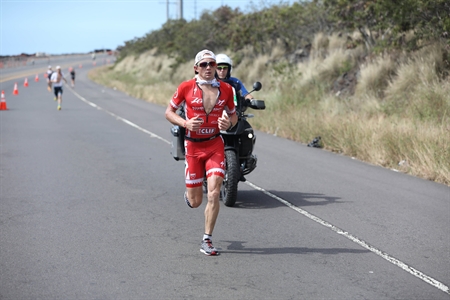 In March 2018, Ben Hoffman teamed up with Sebastian Kienle to race the Absa Cape Epic, a grueling eight-day stage race traversing the mountains and valleys of South Africa’s Western Cape. Such a calendar plan may be unusual for two past, and still viable, Ironman World Championship medalists but Hoffman has always enjoyed the challenges of sport beyond his professional obligations and wanted to take the opportunity to experience something different, new and challenging. And it was for a good cause in the form of The Ironman Foundation.

Just a fortnight after that ‘epic’ event, Hoffman headed to Ironman South Africa to defend his 2017 title. The plan was ambitious but admirable. Days before racing the repercussions of a tumble on the mountain bike set Hoffman’s body into protection mode. With a seized back and damaged nerve, after a decent swim and bike leg Hoffman began to hobble just 4km into the run leg. He finished that race in 651st place, after over twelve hours of struggle. As much as it was painful to watch, it was also inspiring in it’s completion.

Ben Hoffman is an athlete who concentrates his entire year around a successful Kona race. His resolve to finish the race in Port Elizabeth centred around the fact that his top ten finish in 2017 simply needed an Ironman finish to qualify for 2018. He did not want to compromise his preparation for Kona with a late summer Ironman and so he continued. Few athletes would endure the humility needed to walk a marathon well into the evening. Fewer would prioritise a race seven months away over that unpleasant experience. Ben did. He ticked his box, took time to recover and began to rebuild over the summer.

In 2014 the zenith of Hoffman’s Kona results rewarded him with a silver medal. The year before he was 15th; the following year, a wayward 28th. 2016 saw him return to a noteworthy 4th, again followed by a more distant 9th in 2017. The pattern of Hoffman’s placing would indicate that 2018 may be a good year for him, history showing success in alternate years. Many thought Hoffman crazy to persevere through the circumstances Ironman SA delivered. Perhaps Hoffman had already considered his statistical chances of a successful Kona bid in 2018.

Interestingly, Hoffman ran a 2:51 marathon in both of his 2nd and 4th place results. If he (or anyone else) runs this solidly off a decent bike then they will most likely be in the top 5.

Whilst races have been sparse in 2018 Hoffman seems to back ‘on par’ with his best. Two second places in quick succession, at Ironman 70.3 Boulder and Ironman 70.3 Santa Cruz show that his form and health have returned just in time for the ‘big dance’. Through a potentially disrupted season Hoffman has excelled in his meticulous planning to limit interruption. —‘Bahrain Ben’ will definitely be a threat in Kona 2018.