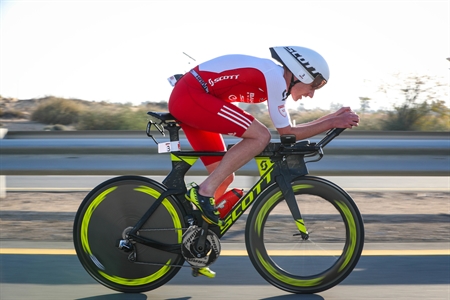 Expect hard-charging racing from Bahrain Endurance on opposite sides of the globe as Alistair Brownlee and Ashleigh Gentle represent their respective nations at the Commonwealth Games on the Gold Coast while Holly Lawrence and Jan Frodeno hit Ironman 70.3 Oceanside California and Ben Kanute lines up at Ironman 70.3 Texas.

Brownlee will wear England’s colors, while Gentle dons the green and gold for Australia. Both athletes have two shots at taking home a medal in triathlon: the individual event in the sprint distance, and the mixed team relay where national teams of two male and two female athletes race across the supersprint distance.

Brownlee says, “I am looking forward to racing on Thursday, and potentially Saturday as well, in the Mixed Team Relay. It will be a much smaller field than usual which will mean there will be no room for any mistakes. It will break up even though it isn’t a particularly demanding course, and it will be fast.”

While he is the defending individual champion and was on the winning mixed team relay from the last Commonwealth Games in Scotland, Brownlee knows he still needs to turn up and deliver on race day. He says, “My preparation hasn’t been perfect and it was always going to be a challenge from having hip surgery last year, to racing middle distance in February and then being ready to race sprint distance, but I will be doing my very best to defend my Commonwealth title.”

With the Games held in Gentle’s hometown, she feels especially proud to be racing. She says, “It means everything to me to be able to represent my country in my hometown in front of family and friends, and I will be putting it all on the line to stand on that podium.”

Gentle placed 9th individually at the previous Games but has significantly grown as an athlete since 2014. While this is her first Commonwealth Games mixed team relay, she has won gold  for Australia at the 2017 Mixed Relay World Championships and will be looking to improve upon the nation’s previous bronze medal at the Games. “Every race I do when I put on the green and gold, I want to do not just myself proud but I really want to do Australia proud. I never want to quit or never want to step off the track if it gets hard because that’s not the Australian way.”

Across the Pacific Ocean, Lawrence and Frodeno kick off their season in earnest at Ironman 70.3 Oceanside. Frodeno returns to Oceanside as a two-time winner in 2014 and 2015, while Lawrence won this race last year in her first race wearing the Bahrain Endurance racing red. She says, “I’m excited to race at Oceanside and see where the fitness is at. It’s a good benchmark as the race always has a stacked pro field!”

Meanwhile, Ben Kanute is set to start at Ironman 70.3 Texas in his first race since WTS Abu Dhabi. The Ironman 70.3 World Championship vice champion is juggling short- and middle-distance racing this season, but if his previous performances are any indication, expect to see him out front early seeking a wire-to-wire win.