Cycle Safe Bahrain – The ‘How Too’ from Bahrain Endurance 13 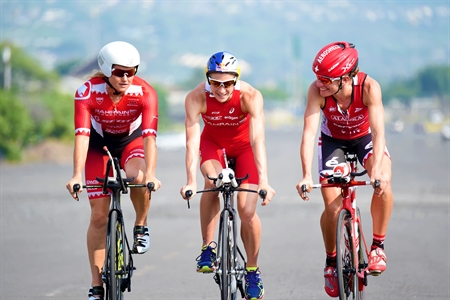 It’s a worldwide issue and has stirred evolving debate since the beginning of modern day motoring. The relationship between cars and bicycles.

There are more cars on our roads than ever before and with the current health drive that is happening in Bahrain, hopefully more bikes too.

Bikes and cars can coexist harmoniously but an attitude towards safe cycling and considerate driving is something that must be nurtured within society with conscious and purpose.

In May, Bahrain saw the launch of it’s ‘Share The Road’ cycle initiative.   This collaboration between Powerup Magazine and Tri Life is headlined by Sheikh Khalid bin Hamad Al Khalifa, the president of Bahrain Cycling Association.

The campaign aims to increase awareness of the dangers facing cyclists on the road and to educate the general driving public about safety considerations and guidelines in sharing the roads.

I have cycled in many countries. Despite practicing safe techniques and learning to ride defensively I have still witnessed a number of near misses and crashes that could have been prevented with better awareness of cyclists.

Different cultures harbour different attitudes when it comes to provisioning for cyclists. Spain has by far the most accommodating attitude towards cyclists. Many of their population cycles and therefore understand cycling, it’s importance and it’s attraction. France also has a good track record. One hopes that there can be a correlation between heightened cycle awareness and a countries participation rate in cycling. That said, in countries like the UK, mass participation seems to have generated a further polarisation of the ‘anti cyclist movement’.

It is the active populations job to combat this contention by cycling considerately, within the parameters of the law, and by driving with sympathy and consideration to more vulnerable road users.

Advice For Driving Around Cyclists

Have respect for human life

The first and foremost consideration when driving around cyclists should be of their vulnerability. Cars are scary. They are big and fast and can kill an unprotected cyclist without issue.

A bike and a car are in no way equal in size or potential on the road.

It is easy to forget, when driving urgently, that the cyclist you pass is a mother; a father; a daughter; a son; a husband; or a wife. They are human, not an obstruction.

Treat human life with respect. Imagine it was your family member cycling out there on the open road. Be as generous, as considerate and as patient as if it was.

Acknowledge the cyclists rights to ride

A bike has as much right to use the road as a car.

The notion they don’t pay road tax or road maintenance tolls is absurd - most cyclists also drive cars. A cyclist does not damage a road like a motorised vehicle and have a smaller impact on traffic and pollution levels.

If a cyclist is on the road as opposed to a designated cycling lane - it won’t be out of choice. They would prefer to be out of the presence of traffic. Perhaps they are en-route to the designated cycle lane. Maybe the lane is badly constructed. Maybe people are walking on it. Perhaps it ends abruptly.

Cycling lanes are great provisions but their existence does not mean a cyclist has less rights to be on the road.

Acknowledge the benefits of a cycling nation

Less pollution; a healthier workforce; one less car on the road; increased productivity through health; decreased obesity rates, and hospitalisation for the nation. There are lots of benefits to other people cycling.

Rather than concentrating on the differences between one another, look at the positives of sharing the road.

Give 1.5m to pass a cyclist. If there is not enough room to accommodate this distance then wait till there is.

If you were to stand a metre away from a fast moving car or a train - you may get an impression of just how scary the speed of large movement feels to an unprotected body.

Look before you exit via your driver side door

In order to remain safe and not disrupt traffic cyclists tend to hug the right side of the road.

Whilst cycling there is no way to tell if a driver or passenger within a car is going to exit.

Driving into a static car door blockade at 30kph can be catastrophic for the rider and deeply traumatic for the person who opened the door.

Always check your driver side mirror before exiting your car.

Do not use your mobile

Texting whilst driving has been shown to be more dangerous than drunk driving.

The more vulnerable a road user the more dangerous the effects of driver phone use.

It is basic road safety not to use your mobile on the road. Phones and the distraction caused by them kill many cyclists every year.

Be aware of cyclists you have passed when you are turning right. A cyclist may be moving faster and heading straight on your inside and may still have road priority.

Pass with consideration and anticipation of your next turn.

Beware the front left turn across a rider

Sometimes it is difficult to predict the speed of a cyclist when the driver is turning across them into traffic. If in doubt the cyclist has road priority, so wait. Some bikes travel as fast as some cars and won’t be expecting a rogue car crossing their forward path.

Advice For Considerate Riding Around Cars

Although it may seem arbitrary in the heat of the day and in clear weather many drivers site ‘could not see cyclist’ as a cause of accidents.

Choose bright clothing and use a flashing light and reflectors on the seat post - even in the day. There is never any harm in appearing more visible when riding a bike.

Cars appreciate the endeavour cyclists make to be more visible to them.

Ride on safer, quieter roads with cycle lane or a hard shoulder whenever possible. Limit riding outside to particular times of day - not heavy morning traffic or evening rush hours.

Planning and knowing your route also minimises the risk of being caught unaware on unsuitable roads.

In the horrendous instance of a road accident an ID bracelet and a phone is vital in calling for help.

Hospitals may need proof of insurance before admission and relatives need to be able to easily locate their missing rider in pressured traumatic circumstances.

A simple labelled wristband is an easy way of relaying information if you can’t.

Anticipate cars and pedestrian movement.   Learn to improvise for the worst driving error and be positively surprised.

Let drivers prepare to anticipate your actions and directions as early as possible.

Indicate turns and signal when you must move out of the road for an obstacle.

Treat the car behind you like it were a drafting bike. Increasing communication and vigilance between road users helps to dissipate any tensions or preconceptions that driver may have about cyclists and bad cycle practice.

Cycle within your capabilities

Don’t take risks on the road. It is not safe for the rider or for nearby drivers.

Operate within your safety zone, don’t ride tri-bars in high winds or in traffic if it’s not within your capabilities. Skills will develop in time but should not be rushed at risk of safety.

Scuba divers dive with a buddy, it is a legal safety requirement. Like diving there is safety in numbers whilst riding. Cycling with a group increases your visibility to other road users and increases driver accountability.

It is important to be courteous to other road users when cycling in pelotons. Ride no more than two abreast, single out if a car is waiting behind to pass. Do not jump lights or stop junctions.

Good cycling habits impress as much as bad cycling behaviour can demean all riders cause. Be an advocate for safe, considerate riding.