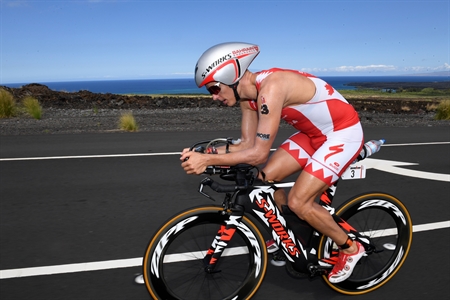 Brent McMahon ran himself into second place at Ironman Arizona, logging his fourth sub-eight hour finish (7:50:15) in seven career Ironman races. Canadian compatriot Lionel Sanders was the only man to finish ahead of him, setting the world’s fastest time in an Ironman-branded race.

McMahon exited the water in third and also broke the run course record, running 2:40 as he moved up the field from sixth place off the bike. This silver finish bookends an incredible season that began when he set a new personal record winning Ironman Brazil in May.