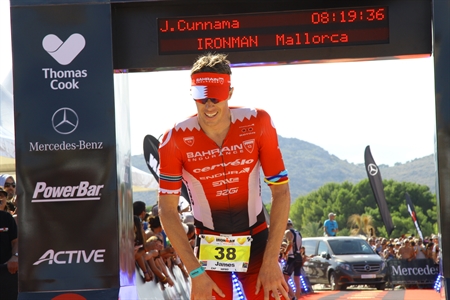 The South African has not been off the podium since July, with his second place finishes at Challenge Poznan and the Alpe d’Huez Triathlon and third place at Embrunman.

After coming out of the water a mere 35 seconds behind swim leader Carlos Lopez, Cunnama pulled a chase pack through Mallorca’s 180-kilometer hilly bike course to jump off the bike just over 2 minutes behind eight-time Ironman champion Timo Bracht. Cunnama ran past the German to take the lead before the halfway point on the marathon, but Bracht the veteran held steady and made his trademark late surge with 10 kilometers to go. Cunnama’s run split was enough to hold off speedy Alessandro Degasperi, who clocked the race’s fastest marathon.

“What a day. What a race. Left it all out there. Had to settle for 2nd. Timo all class,” said Cunnama. “But gotta say, pretty excited about 2016 after that. The important things are moving in the right direction.” 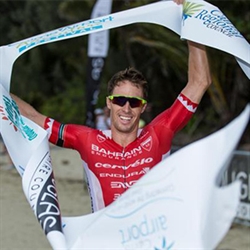